FROM CITY BOY TO CHAKRAS: HOW ONE FORMER BANKER FOUND ENLIGHTENMENT 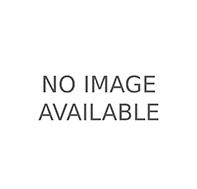 Do you find yourself wondering what success really means? For some it might be earning a prestigious degree at an Ivy League university, having millions in the bank or being featured in The Wall Street Journal.

I was one of those people.

I graduated from the University of Pennsylvania, landed a fancy job at a top tier bank in straight out of the gates, and was tagged a rising star.

But deep down I felt empty, unfulfilled and unhappy. My so-called illustrious career left me feeling drained, and I had nothing to offer my marriage – resulting in my now ex-wife and I drifting apart.

Where did it all go wrong?

I grew up believing that following the typical streams of engineering, medicine or law was the key to success. In India, it’s really a thing – aspiring to be anything other than a doctor, lawyer or engineer is viewed rather dimly, mourned even. In fact, just five years ago, if you decided to become an entrepreneur, you’d be regarded as a failure on your last legs.

It’s a sad reality that India’s culture has always favored something like calculus over creativity. Young people grow up believing that to follow any other course means certain failure. I can tell you that there are a lot of tree-climbing fish in India.

Back to my story.

Everything was falling apart in my world, with the sub-prime crisis adding further grist to the grind.

During one of my mandatory two weeks off at the bank, something inside me snapped and for no reason at all, I decided to head to the most desolate, remote yet majestic place I could think of: the Himalayas.

With no specific plan, a map, nor any reservations, I ventured into the mountains without my smartphone, with growing trepidation. Having been trained to be a logical, objective, evidence-driven individual, leaving things to ‘chance’ made me feel even more uneasy.

But as it turns out, having no wifi allowed me to find another amazing connection. And by letting go, I found something I didn’t even know I was searching for – me. The real me.
Almost like out of a novel, along my trek through the breathtaking paths on the Himalayas, I came across a guru. At first, I viewed him with suspicion. Two weeks turned into six months. Back in NYC, I used to gulp down my coffee and navigate the hectic commute to work every morning, but now my days began with sun gazing and focusing on my breath.

Yes, it sounds kooky, but this is how I managed to turn my life around.

Being aware of one’s breath is probably the key to clearing one’s mind. We are so focused on the visual that we barely pay any attention to what we truly feel.
It’s probably why you have your best ideas in the shower when your eyes are closed, or close your eyes when deep in prayer. The most distracting and illusionary sense is our sense of sight.

The one true way of connecting with one’s self I learnt on that trip to the Himalayas, is to look within, to shut out the external world by closing our eyes and focusing on our breath. By feeling. By diving within. This life-changing wisdom passed on to me by that 110-year old guru was something I never learnt in the best Ivy League schools.

Not unsurprisingly I quit my job not long after, regularly visiting the guru in the mountains. I learnt yoga which is not, contrary to first belief, about contorting one’s body into various positions.

Yoga is realizing who you really are. By exercising our breath, we become connected to different parts of our body, to different elements. Above all, it allows us to feel connected not just to ourselves, but to others, and the universe.

It has been over six years since my first journey to the Himalayas. This is my karma bhoomi, or my place of work now. Success to me now means being content: being able to stand-alone and not be lonely. Being comfortable with me.

I have become more social, less conscious. Seeing others succeed genuinely makes me happy. That doesn’t mean I’m not ambitious. I still am. But the benchmarks are my now my own.


— As told to The Huffington Post in an exclusive interview..